A Magic Carpet Made of Steel

Reid Champagne founded his septuagenarian’s travel blog as a way to celebrate the life of his late wife and travel companion, Carolyn, hoping to show others that life goes on. Since then, Reid has begun a new life of solo travel, taking frequent trips all over Europe, inspired by Carolyn and enabled by his Interrail Pass. This is the story of how Reid fell in love with rail travel, the magic carpet made of steel. 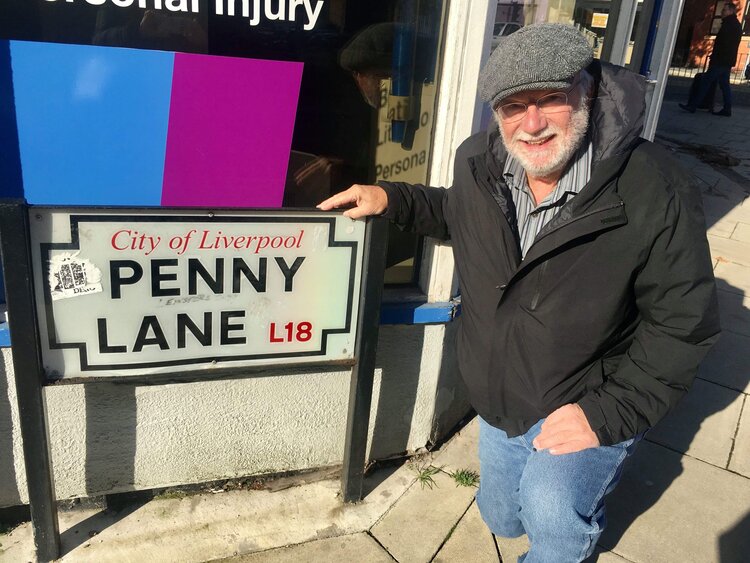 The first time I experienced the epiphany, I was on a train from Bologna to Ancona on Italy's Adriatic coast. It was a two hour ride, and I was fetally ensconced in a "Business Quiet" carriage that I had all to myself. The only human sounds came from an indulgent service attendant who kept offering me complimentary coffee, water or a newspaper, all part of the amenities of "Business Quiet". All I required was the "Quiet" part of the amenities, as I stared out to the Italian countryside that I have no recollection of now. I remember feeling disappointed that the trip was only two hours long, instead of four or five. That was the epiphany: I didn't want to get where I was going; I only wanted to go and to keep going. I've never been in or on any other conveyance - a car, a plane, a bus, a subway or a tram- where I've had such a feeling.

A friend once asked me, "What are you looking for when you travel?"  "Nothing," I answered, without a moment's hesitation. "Then why travel?" she persisted.

I've known that answer since I was a baby. My mother told me that whenever she'd stop pushing me in the stroller, I'd wail. The only thing that quieted me was when she'd start pushing me again. (I suppose I must add here that I have grown up since that time; I don't start crying every time my train stops at a station!)

I remember my first solo train trip, a French TGV high-speed from Paris to Bordeaux. My spouse and travelling companion, Carolyn, had passed away three months earlier, and this train trip was a test to see whether I could travel alone. The train sped through baked, flat, featureless terrain, the kind of scenery that would have made Carolyn's keen photographic eye droopy with sleep. I have no photographic eye, so the faster the void of scenery went by, the better I liked it. I read, made notes, or just stared blankly out of the window, confident I wasn't missing anything I would regret not seeing. The next day, aboard another high-speed to Toulouse, the scenery improved signicantly, so I added some actual sightseeing to my now normal train activities of reading, making notes and staring blankly. I was very happy.

I took about a dozen trains over the space of about twelve days, and at the end of the trip, I declared to myself, "I don't want to go home." The following March I upgraded to a Global Pass and extended my planned stay to six weeks. This time I took some thirty trains across five countries, and I learned three things: a two-hour ride was too short, a six hour was at the upper limit of enjoyment, and that a four to five hour trek was ideal. I remember stepping off that Paris to Barcelona train feeling pleasantly exhausted after six hours aboard. Two days later, I was itching to get going again.

So many writers who've embraced train travel have tried to unlock its secrets and have done a better job in doing so than I believe I can. But I'll give it a try. First, let me say practically that all forms of transportation have their advantages depending on your needs and objectives. Only trains, though, offer advantages when you’re travelling with neither needs nor objectives to constrain you. Once, due to a French train strike, I had to take a total of four trains over an eleven hour span travelling from Zurich to Luxembourg. I sat in comfortable lounges or in cafes near the train stations, wined and dined myself, and arrived at my destination feeling as if I'd spent a long but enjoyable day out in the countryside. I had a five minute walk to my hotel, and a relaxing nightcap in a bar close by. I'm pretty certain a similar experience involving planes or automobile traffic would have left me exhausted, disgruntled and very short fused with the registration desk or waiting staff.

I also differ with train travel writers who tend to decry high speed lines. I love them! Their exhilarating speeds do not leave me nauseous, as one writer admitted. And the speeds have not destroyed the ambience and quaintness of leisure train travel, as another has criticised. For me, the faster the better. Remember, I just want to go, so if a four hour train ride gets me twice as far as a slower train, what do I care? I'll see that town another time. Telling me a high speed train shrinks time and distance means nothing to me. If I want to shrink distance, I'll fly. If I want to shrink time, I'll drive. A train is a Christian Science Reading Room, a restaurant on wheels and a recliner for a nice nap, all rolled into one.

As for the romance of rail, I'll leave that to the novelists to embroider. I can't imagine the woman of stately elegance, who comes upon an overweight, balding man, sprawled in a reclined first class seat, exposed navel, overturned wine bottle and an empty packet of snack cookies on a tray table, with a stream of stagnant drool escaping from the low growl of an open mouth, and her enthusiastically observing, "Now, that's what I'm talking about!"

Ironically, it was not riding a train, but writing about riding on a train that captured the attention of someone, also a widow, who happened upon my blog. Six months later, aboard a train from Nice to Lyon, I opened my eyes, wiped the side of my mouth, fastened the lower button on my shirt, and smiled over at Carol, who smiled back at me and said, "I am having the time of my life."

Our upcoming train adventure through northern Europe will be our sixth together. We still have no specific plans where we'll be going.