How to experience Britain by train, according to a Brit

It's easy to reach London by train. Eurostar offers two routes from Amsterdam and Rotterdam in the Netherlands, or Brussels in Belgium, each direct to London. These routes are waiting for you, increasing the possibility of adding Great Britain (England, Scotland and Wales) to your rail itinerary. Go explore them with a Great Britain Pass!

Theo Stell, one of the Brits on the Eurail team, tells you how to pack the most into a long-awaited trip to Britain. There are also plenty of ways to visit Britain from home so that you can start enjoying Britain's iconic pop culture until it's possible to get there in person. 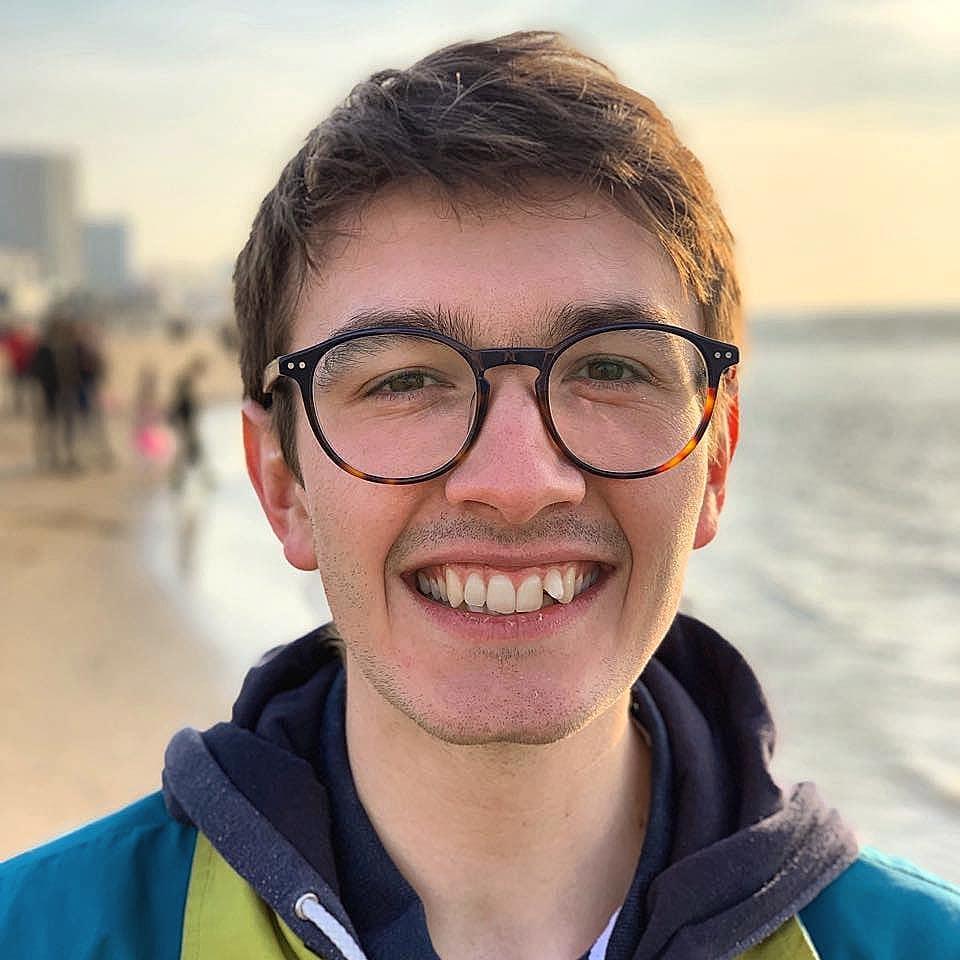 Places visited on this itinerary:

The UK’s capital city is a thriving metropolis, home to a population of nearly 9 million. It is well-known for attractions such as Big Ben, the London Eye, Buckingham Palace and The Shard, as well as an abundance of free museums (British Museum, Natural History Museum, Tate Britain). All of these can be reached by using the city’s well developed Underground or bus systems.

Alternatively, you can look beyond London’s capital attractions and get under the city’s multicultural skin. Over 250 languages are spoken here and this can be felt in neighborhoods like Camden, Shoreditch, Hackney and the Southbank, which are melting pots of food, art and entertainment. Visit a record store, try on vintage clothes and eat at a shipping container.

→ There are plenty of movies set in London, ranging from rom-com Notting Hill, to action in Bond’s Skyfall. However, nothing celebrates the vibrancy of London quite like the family movie, Paddington.

→ You can also bring the West End to your quarantine living room with weekly limited showings of Andrew Lloyd Webber musicals on YouTube.

York is an ideal city to discover Britain’s rich history of settlers and conquerors. It was founded by the Romans as Eboracum and became the capital of all Roman Britain, but was later at the centre of Britain’s Viking invasion and renamed as Jorvik.

You can visit the Jorvik Viking Centre to learn more about this ‘’Original Viking Encounter’’, while York Minster and the city walls both survive from these times. The National Railway Museum is one of York’s modern attractions and well worth a visit as part of a Eurail or Interrail Pass trip!

Beyond York, you can take a 2h 40m train via Thornaby to Whitby. The seaside town has a quaint harbour and is home to some of England’s best fish ‘n’ chips. From there, you can easily take a bus to the desolate North York Moors National Park.

→ Whitby Abbey is one of the settings of Bram Stoker’s Dracula, while the 2019 BBC/Netflix adaptation was filmed there.

→ Watch BBC/Netflix’s The Last Kingdom to get a sense of Britain and York’s Viking history.

The Scottish capital is also the ‘’Festival City’’, with its International and Fringe festivals in the summer and Hogmanay at New Year.

While it might not be possible to enjoy festivals for some time, Edinburgh’s history and landmarks are on show year round. Take a hike up Arthur’s Seat, stroll along the Royal Mile and into the winding closes of the Old Town and visit Edinburgh Castle, atop an extinct volcano. Top off your visit by joining the locals in a traditional pub for some Scottish whisky.

→ The Edinburgh tourist board have recently launched eDINBURGH, to help you visit the city from home. Recommended activities include taking a virtual tour of Holyrood Palace (the Queen’s Scottish residence) or watching the animals of Edinburgh Zoo, including Britain’s only pandas.

Scotland’s second city is its epicentre for arts and culture, famous for its art nouveau and Victorian architecture and riotous nightlife.

In the city centre you can visit George Square, Kelvingrove Art Gallery & Museum and the Gallery of Modern Art, before hunting down eye-catching street murals. Head to the River Clyde to see Glasgow’s sleek modern side, including the Riverside Museum of transport, the SSE Hydro and Glasgow Science Centre.

You can take a ScotRail train north of Glasgow to immerse yourself in Scotland’s wild countryside and Celtic history, from Loch Lomond National Park to the Hebridean islands.

From Fort William (3h 50m from Glasgow), you can hop on The Jacobite Steam Train (not included in the Pass), to ride across Britain’s most famous stretch of railway: the Glenfinnan Viaduct from Harry Potter.

→ The collections of Glasgow Museums are being shared regularly on their social channels.

→ You can enjoy some Scottish humour with weekly stand-up shows from The Stand Comedy Club, live on YouTube.

Within 4 hours from Glasgow, you can arrive on the banks of Lake Windermere, the largest of 16 lakes that make up the Lake District National Park. The park is an idyllic way to experience rural England – you can relax by or on a lake, or take a hike amongst England’s highest mountains.

→ Famous writers inspired by the Lakes include the poet Wordsworth, who lived in Rydal, and Beatrix Potter, known for writing The Tale of Peter Rabbit.

→ The World of Beatrix Potter in Windermere has interactive exhibits perfect for reigniting childhood memories or creating new ones with your family. Why not re-read Potter’s tales or watch Miss Potter, a biographical movie filmed in The Lakes?

The port city is a must-visit for fans of The Beatles, who can visit The Beatles Story museum, or take one of the many dedicated city tours. If you’d prefer a more varied view on the nation’s music history, then check out the British Music Experience, which celebrates the likes of Bowie, Adele and Oasis.

These attractions are located in the renovated Royal Albert Dock, where you can also enjoy many cafés, restaurants and stores. Crown your visit with a tour of the Royal Liver Building. You can climb its tower (topped by the city’s Liver bird) for 360 views.

→ The Beatles Story are providing online Beatles-themed resources to help with home-schooling.

→ Listen to Liverpool’s local musicians every Friday, with live sets on the Culture Liverpool Facebook page.

Arrive at Welsh beach town Llandudno, where you can visit a 19th century pier and arcade or take a ride on Llandudno Cable Car. A 1h 10m local train to Blaenau Ffestiniog will transport you from the coast into the heart of Snowdonia National Park, home to Snowdon, the tallest mountain in Wales.

The mining heritage of North Wales means you can stumble across abandoned mining towns while hiking Snowdonia’s mountains. It also means that there are many miles of heritage railways to enjoy. You can spend a whole day riding lines such as the Ffestiniog Railway from the mountains to the seaside.

→ The legend of Arthur and Merlin originates from south Wales, but you can still watch the Merlin series or movies like King Arthur: Legend of the Sword, and dream of visiting Snowdonia's mountains or the pristine medieval castles at Conwy and Caernarfon.

England’s second city, located in the West Midlands. Birmingham is famed for the part it played in the Industrial Revolution and has more miles of canals than Venice! The Black Country Living Museum will transport you back to this time, with period buildings and actors. Then go to Cadbury World to tour a real-life chocolate factory and taste Britain’s favourite sweet treat.

Just under an hour by train from Birmingham, you can also visit Stratford-upon-Avon, the birthplace of William Shakespeare.

→ Experience Birmingham’s industrial history and hear the Brummie dialect in BBC/Netflix’s Peaky Blinders, much of which was filmed at the Black Country Living Museum.

The south-west’s biggest cities are the gateway to the Devon and Cornwall coasts and to the Cotswolds. But the cities themselves have a lot to offer and are just 12 minutes apart by train!

Bath is the best for history, with the eponymous Roman Baths and a Georgian historic city centre, which was home to Jane Austen.

Bristol is best for its vibrant culture in both arts and music. It is the home of both Banksy street art and Aardman Animations (Wallace and Gromit, Chicken Run). Make sure to cross the Clifton Suspension Bridge.

→ When reading Austen’s Persuasion or Northanger Abbey you can imagine walking the streets of Bath.

→ See the streets, and hedonistic nightlife, of Bristol in the teen drama Skins (Channel 4/Netflix).

From Bath, it's just a short journey back to London, where you will be able to hop on a Eurostar and head to France, Belgium, the Netherlands, and beyond!