Europe In The Fall: The 6 Best Destinations

I have long been a proponent of traveling to Europe in the fall. It is outside high season, so there are fewer crowds, cooler weather, long-enough daylight, and lower prices ― all advantages to planning your European rail trip in shoulder season. September and October combine the advantages of both peak-season and off-season travel.

Once the wave of summer mass tourism has retreated, the subtleties of culture come back to life as locals reclaim their space. This is when travellers can feel like they are a little more a part of the scene. The weather can vary with several climate regions across Europe. Not everyone’s looking for eternal sunshine, so here is a variety of destinations to experience the best of Europe in the fall. 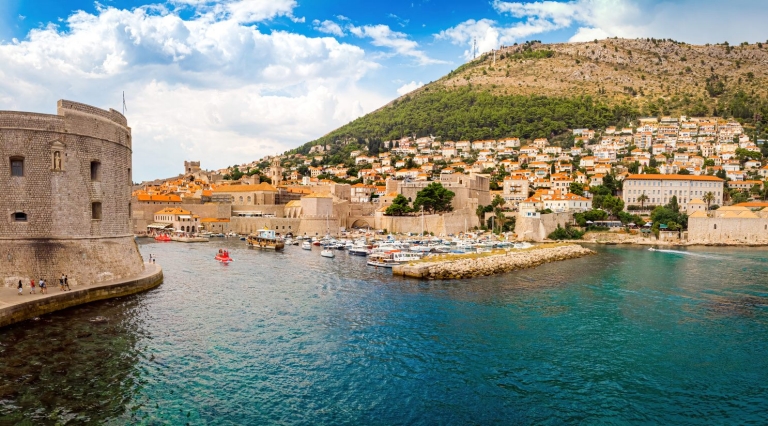 If you want an extended summer, you should ride the rails to the Dalmatian coast of Croatia. While Croatia is no longer a secret, thanks to several Game of Thrones filming locations, the majority of tourists still visit in July and August. The fall offers a relief to the crowded old streets of Dubrovnik and Split, freeing up accommodation and pushing prices back down. The real treat is the warm temperatures, sunny days, and chance to get more beach time while northern Europe is preparing for hibernation.

Every Croatian has his or her own favourite spot on one of the country’s 79 islands and 5,000 plus kilometres of shoreline. September through mid-October is the shoulder season for the beach towns. Any time after that, you might run into cool temperatures or towns shutting down for the winter. The Croatian railway leads from Zagreb to Split in about 6 hours. From here you will have to move onward by ferry, boat or bus. But Split is an excellent destination itself; a more vibrant city than Dubrovnik, also with an atmospheric old town.

When you talk about fall and Germany, then Oktoberfest in Munich might come to mind. This celebration is legendary, but there are plenty of other fall festivals in this country where you can get your fill of beer and good times. Cannstatter Volksfest is Stuttgart’s autumn fair and beer festival which takes place from September  to October. Or try Bremen’s Freimarkt (October  to November), the biggest festival in northern Germany ― it is more of a fair than beer festival, but it is still a blast.

If beer and festivals are not your thing, Germany’s fall foliage is outstanding. Head to Bavaria or the Black Forest for classic scenery. If you are in Berlin, the Tiergarten is a prime spot for enjoying fall colours. Germany’s rail system is top-notch and very comprehensive; all the previously mentioned places are conveniently reachable by rail. 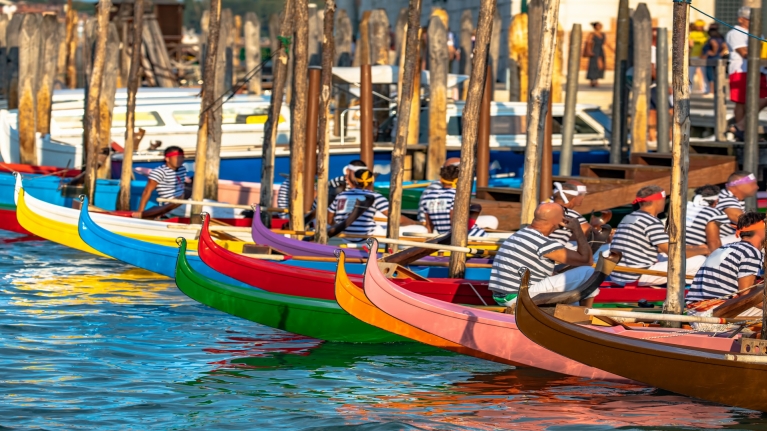 Fall is the best season to visit Italy. But unlike most other places on this list, September and October are high season here. By this time, the hot summer sunshine has finally given the country some reprieve. If you can picture yourself tasting wine at the Alba Truffle Market or exploring the archaeological site of Pompeii without suffering heat exhaustion, this is your time.

Visit Venice on September 2 if you want to see a spectacular and unique show of traditional gondoliers racing along the canals. This historical water pageant, popularly known as Regata Storica, showcases Venetians’ rowing and water navigation skills. If you are into Italian gelato, then traveling from Venice to Florence is definitely worth your time ― the Gelato Festival takes place on September 14 to 16.

In October, there is also the Rome Film Festival and chestnut festivals that take place all over Italy. In fact, Italy is all about festivals, and foodies can indulge in all sorts of harvest festivals. The changing colours of the leaves, especially in Lombardy, are not bad either. Catch the best views from the train. High speed and regional trains connect the towns and cities all across Italy. To save on obligatory reservation fees, choose slightly slower regional trains over the high-speed FRECCE ones.

With four distinct seasons, Romania freezes in the winter and bakes in the summer heat, so fall may be the best time to visit. Romania is one of the most old-fashioned countries in Europe, with a preserved way of life throughout the countryside. In fall, locals prepare themselves for the harsh winter to come, making wine, preserving vegetables, and stacking firewood. Many festivals relate to the harvest.

September is also the best time to visit for autumn colour. For the foliage, you want to head to Transylvania, the ‘land beyond the forest’. This region of central Romania offers travellers a mix of cultures, nature, and history. With 100 castles and fortresses and about 70 fortified churches, Transylvania is more than just a place immortalized by Bram Stoker. Romania has a comprehensive rail system ranging from modern IC and ICE trains to slow, communist-era trains that stop in each village. 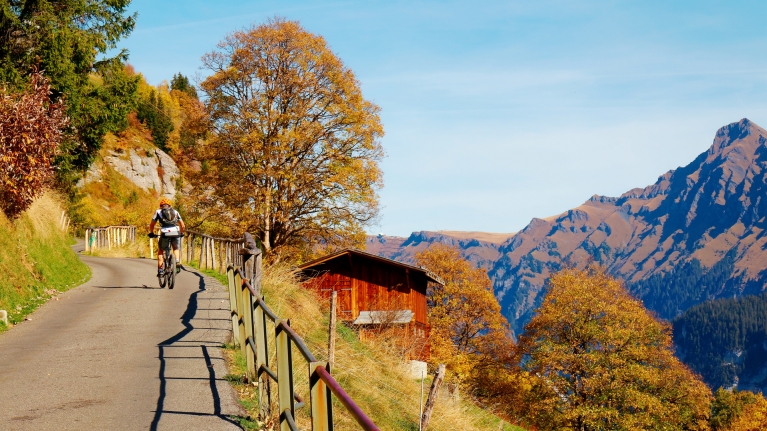 To avoid tourist crowds and high prices, the fall can be a great time to visit Switzerland. Rain is not uncommon in September and early October, but when the skies do clear, the air is crisper than summer, and views of the Alps are superior. Fall is a more peaceful and quiet time in the mountains, which acts as a break between the summer holidays and the rush of ski season. Some accommodation will be closed, but enough will remain open to serve the travellers that do come.

This can also be a good time for hiking. A lot of trails are still snow-covered in late spring and by autumn they are open. In case the weather turns foul, catch a train to one of these 4 gorgeous Swiss cities. Switzerland’s rail network is also first-rate. Tracks cover the breadth of the country, connections are frequent, and trains are fast.

Switzerland also offers a wide range of festivals for art, music, and film enthusiasts during fall. Party for three straight nights at the Venier Sur Rock Festival in Geneva from October 11 to 13. This festival showcases a wide range of music artists from the punk, reggae, and heavy metal genre. The world-renowned International Film Festival held in Geneva also happens this time of the year (November 2 to 10) as artists and filmmakers from around the globe gather to honour the most innovative works in the film and television industry.

If the idea of wandering around the medieval streets of walled Obidos, sipping port wine in a cellar in Porto, or finding the perfect beach town on the Algarve sounds like your idea of a good time, make your way to Portugal. This country has some of the longest year-round sunshine hours in Europe with warm, sunny days stretching into the fall. Most people start in Lisbon, where September and October are probably the best time to visit. The weather is still lovely, hotel rates are cheaper, and there are fewer crowds than in summer.

You could even add some beach days to your itinerary in the south. Sea temperatures are still warm and beaches are a lot less crowded. If you do not fly directly into Portugal, you will likely arrive on the train from Spain.

In addition to fewer crowds and cheaper accommodation rates, rail travellers making a trip to Europe in the fall will notice that booking reservations on high-speed rail and long-distance trains is much easier and can more likely be done at the last minute.

Fall is an excellent time to take advantage of the convenience of a  Global Pass and make your way around the continent in style. Depending where you go, you either get an extension of summer or proper fall weather. You are bound to have a more authentic experience with all the vacationers back home at their daily routines, and you will save money while you are at it!