It's always nice to get away from home, even if it's just for a few days. Whether you're looking for a quick city break or somewhere to escape the crowds, we've got five fantastic European destinations for you to explore on your weekend off. From the historical treasures of Annecy and Granada to the cosmopolitan Luxembourg City and Gothenburg, there's something for everyone. 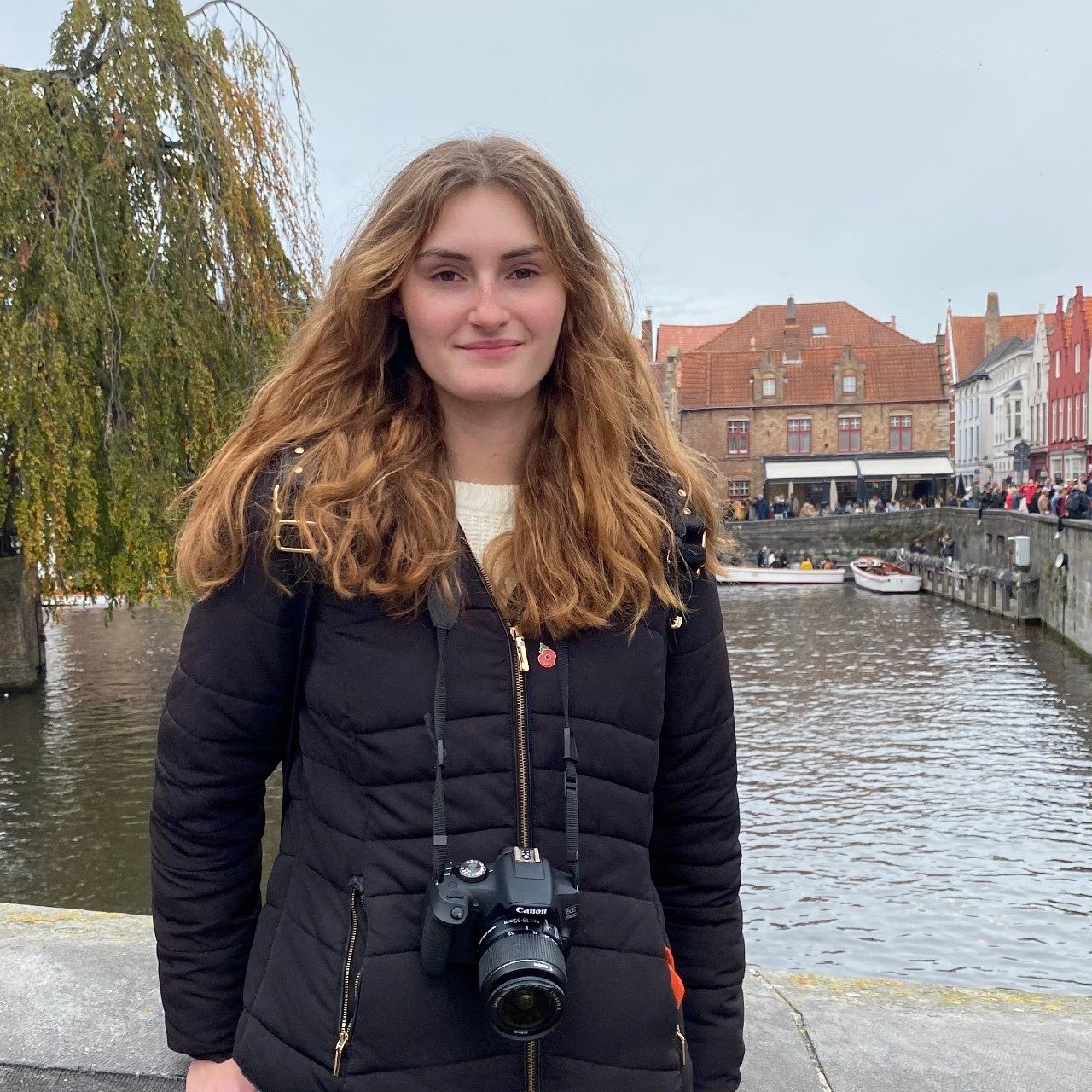 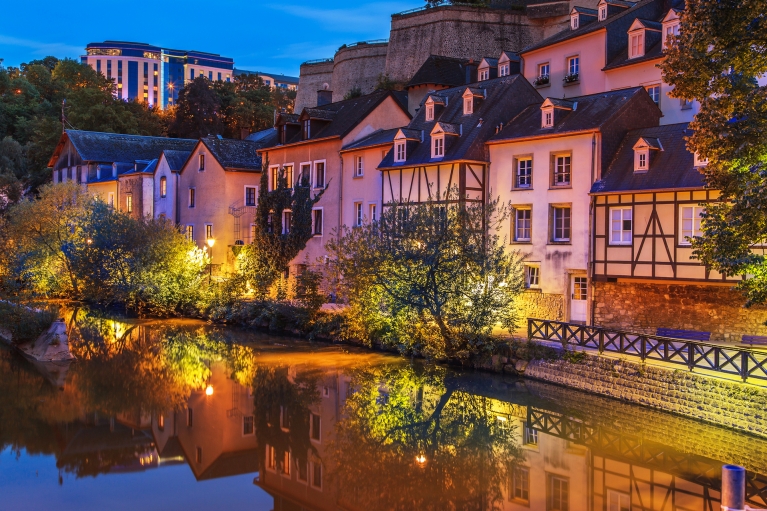 You might have forgotten about Luxembourg, but the capital of this tiny European country is well worth a trip. With its mixture of classical architecture, dramatic landscapes and international appeal, it's no wonder that Luxembourg City is home to many global organisations.

Base yourself in Luxembourg's Old Town to experience age-old charm and history on every winding corner. From the stunning Grand Ducal Palace to the Lëtzebuerg City Museum, learn more about Luxembourg's history and eclectic culture. Delve into the past with an excursion through the Casemates du Bock (a 17km archaeological site hidden below the city), before heading high to see the views from the Luxembourg Viaduct, or Passarelle. Then, head over to Kirchberg to discover Luxembourg's modern side, with the art museums, bars and restaurants providing the perfect place to rest.

How to get there by train: Luxembourg City is accessible from many European cities, including Paris, Brussels, Frankfurt and Bern. The train from Brussels takes 2 hours. 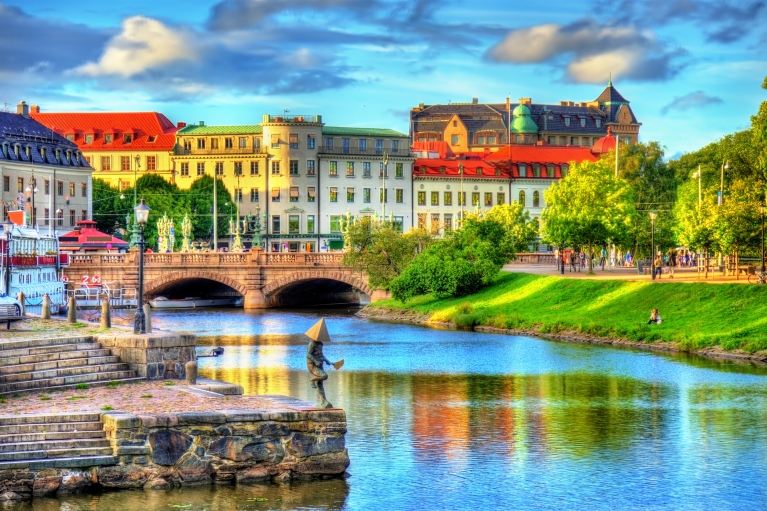 Like much of Sweden, the port city of Gothenburg has been dramatically shaped by its maritime past. With organised streets, canals and a hip, modern atmosphere, there's plenty to explore in this Swedish city.

From the hip neighbourhood of Haga to the historical avenue of Avenyn, Gothenburg's straight streets link 17th-century canals with modern museums and mansions. Check out Gothenburg's past at the Maritiman and Aeroseum museums before exploring the Volvo Museum and the child-friendly Universum. And, of course, don't forget the historical theme park Liseberg!

Want to escape the streets? Fuel your spirit of adventure by exploring Gothenburg's Southern and Northern archipelagos, ferry-hopping between islands and hiking in nature reserves.

How to get there by train: Gothenburg is well-connected across Scandinavia, with trains from Oslo, Stockholm and Copenhagen, all taking less than 4 hours. 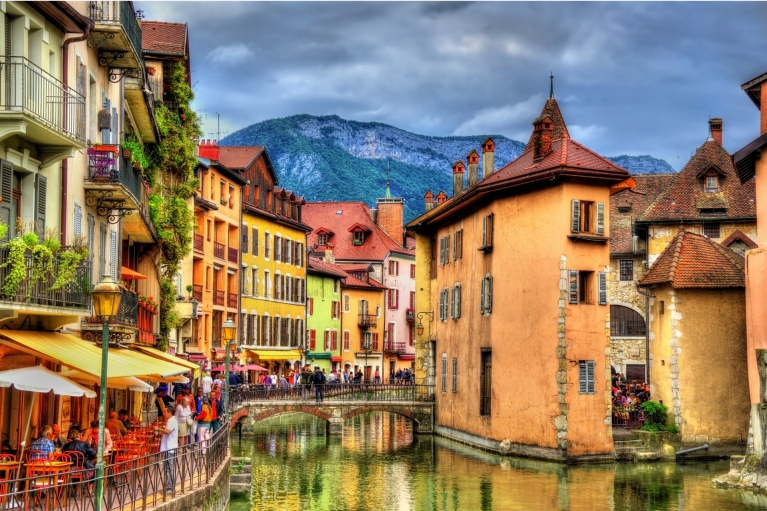 Situated on the banks of Lake Annecy, with sweeping mountainscapes all around, this stunning medieval town is the perfect place for a weekend break. Settle down in the Vieille Ville, one of the best-preserved medieval centres in France, and soak up the endless charm of the colourful streets and canals. This historical settlement on the Thiou River also boasts a staggering amount of monuments, including the fortified Palais de l’Île, with the 12th-century Château d’Annecy overlooking the town and lake from above. Don't miss the food market in the centre every Tuesday, selling freshwater fish from the lake and an abundance of cheese.

Looking for some outdoor adventures? From waterskiing and wakeboarding to open-water swimming, take advantage of the lake on your doorstep. Alternatively, head into the woodland to discover some of the region's hiking and biking trails, providing stunning views across the mountains. Annecy is also the ideal location to access some of the local ski resorts, including La Clusaz and Le Grand Bornand. 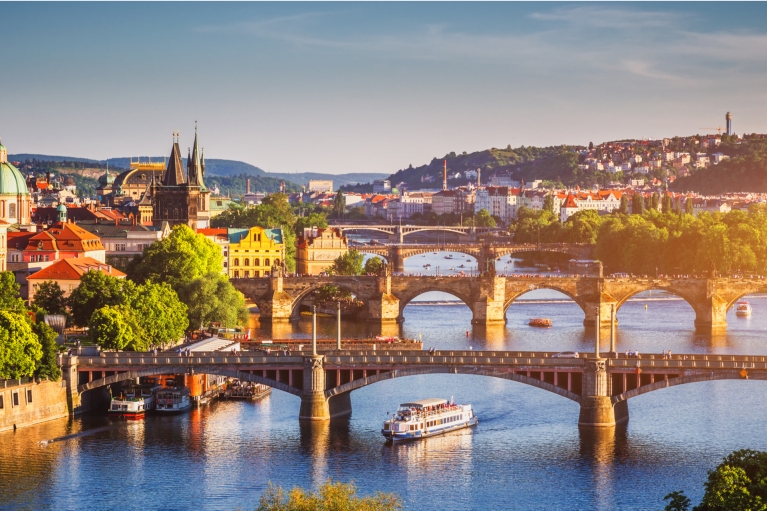 The capital of the Czech Republic is known for its Instagrammable streets, simple charm and delightful culture. Head here off-season to discover the very best of Prague's sights, while enjoying a break from the crowds.

Founded in the 5th century, Prague is steeped in history. From the medieval Prague Castle, Old Town Square and Charles Bridge, to the Jewish Quarter Josefov and John Lennon Wall, travel through time as you wander through the streets. Head up to Petrin Hill for stunning views at sunset, before enjoying the diversity of nightlife after sundown. If you want to see more of the Czech Republic, Prague is also the perfect base for day trips to Český Krumlov, Olomouc and Karlštejn Castle.

How to get there by train: this central European city can be reached from most major European cities, including Bratislava, Budapest, Warsaw and Berlin. A night train from Brussels and Amsterdam will start running in the summer of 2022. 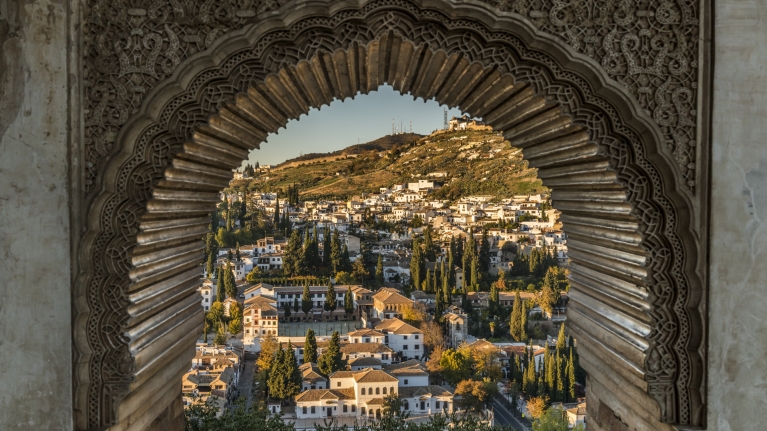 Whether you're planning to travel in the spring, summer or autumn, Granada is bound to capture your heart. With its rich heritage and iconic monuments, this historic city mixes the best of Spanish culture with its own unique charm.

As the most visited monument in Spain, the Alhambra must be at the top of your list. This complex of medieval palaces, gardens and an entire town enclosed within ancient walls can't be rushed, so take your time to explore the varied history of this iconic fortress.

Learn about Granada's mixture of Catholic and Islamic heritage by visiting the top sights. Explore the UNESCO Arab quarter of Albayzín and the former Grand Bazaar of Alcaiceria to learn about the Nasrid dynasty, which shaped Granada under Muslim rule. Then head to the Royal Chapel and Cathedral to discover the Catholic history of the city from its time as the Royal Court of Isabella I and Ferdinand II.

After a long day of exploration, it's got to be time to relax, right? Well, you're in for a treat. As the home of tapas and flamenco, you won't forget your night in Granada in a hurry. After enjoying traditional tapas dishes such as patatas bravas and jamón serrano alongside your drinks, head up to the neighbourhood of Sacromonte. Here, in traditional zambras, witness the art of flamenco: an incredible performance of music, dance and emotion. You'll never see anything quite like it again!

How to get there by train: Granada is connected to most major Spanish cities, including Madrid, Barcelona and Seville. The train to Madrid is approximately 4.5 hours.

If you want to combine your city break with further adventures in the country, check out our range of Interrail One Country Passes. Feeling inspired? Hop between several cities on a Global Pass adventure!