How To Spend 3 Days In Barcelona

Anyone who has been to Barcelona will likely tell you that a lifetime in this vibrant, eclectic city is not enough time. But if you only have 3 days in Barcelona, you can still cram a surprising amount into your schedule. Barcelona knows coffee, and Satan’s Coffee Corner serves up a cup of the city’s best in a unique setting. It also has the advantage of being in the heart of the action, making it the perfect starting point for a day exploring the Gothic Quarter.

How to get there: Satan’s Coffee Corner is located at Arc de Sant Ramon del Call, 11 in the Gothic Quarter.

The Barcelona Cathedral is a mix of styles from Gothic to Baroque. This iconic cathedral was spared destruction during the Spanish Civil War and is impressive both inside and out.

Insider tip:  venture inside to marvel at the choir stalls, chapter house and roof, and head to the cloister for a few surprises from Mother Nature.

How to get there: The Barcelona Cathedral is just a short walk north from Satan’s Coffee Corner.

Barcelona’s old city is one of Europe’s largest medieval centres, and it's best explored on foot. You could easily spend a day exploring these winding narrow alleyways.

How to get there: the Gothic Quarter is all around you once you are at the Cathedral – simply walk the streets and get lost in the alleyways.

La Rambla is Barcelona’s famous mile-long avenue that is full to the brim with tourists, performers, kiosks, cafés, bars, flower stalls, and everything in between, pretty much at all hours of the day and night. It may be touristy and expensive, but a walk down this street is an experience like no other.

Insider tip:  keep walking all the way to the top of La Rambla to find Plaça de Catalunya – a beautiful circular plaza with a distinct atmosphere.

How to get there:  simply walk west from the Gothic Quarter and you will reach La Rambla.

Skip the touristy restaurants and cafés lining La Rambla and head for Bar Cañete to rest your feet and dine out on a classic Spanish lunch with a twist.

Insider tip: Struggling with Spanish translations? Ask the staff for an English menu – they are more than happy to oblige.

How to get there: Bar Cañete is a short walk west from the middle of La Rambla on Carrer de la Unió, 17.

The Sagrada Familia is Barcelona’s iconic and unfinished church, designed by legendary architect Antoni Gaudi. The interior of the church is something to behold, particularly on a sunny day when the light filters through the vast stained-glass windows.

Insider tip: purchase your tickets online to skip the queue.

How to get there: take Metro Line 5 and get off at the Sagrada Familia stop. 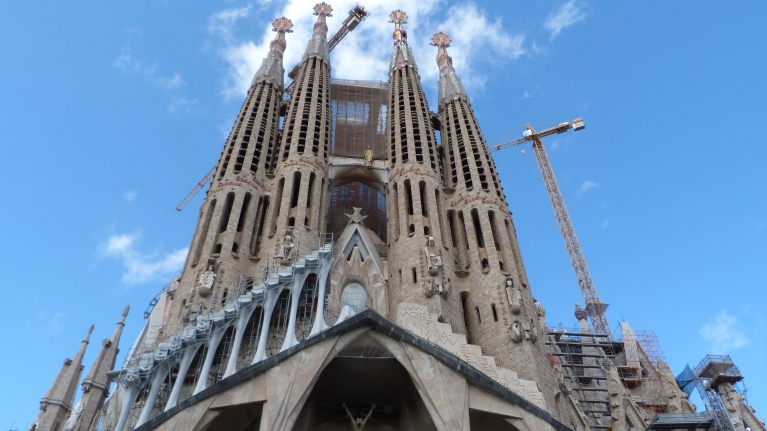 If time allows, continue on to another famous Gaudi attraction in Parc Güell. This fairy tale-like park is totally enthralling, and the views back down over the city are truly spectacular.

Insider tip: time it right, and you can catch a beautiful sunset from the park. As with other attractions, purchase your tickets online ahead of time. 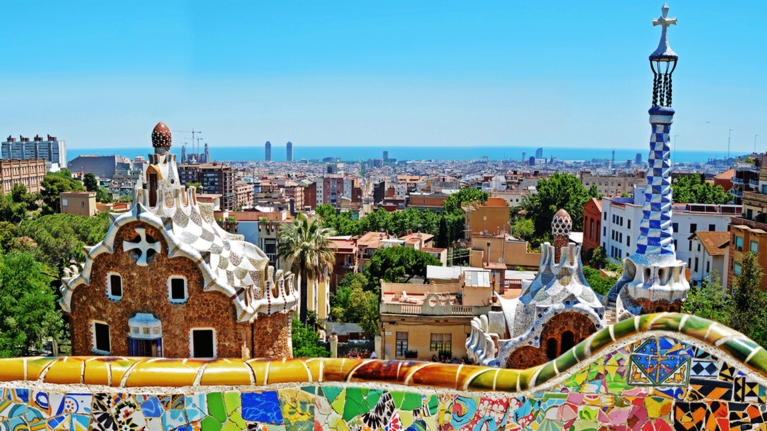 If the first day does not knock you off your feet, head to one of the oldest bars in the city ―Bar Marsella. While there is a small selection of drinks available in this classic dive bar, you should really only opt for their famous absinthe.

Insider tip: Unsure about how to drink absinthe? Ask the bartenders to help you through it.

Parc de la Ciutadella is a beautiful park packed full of attractions, including a zoo if time allows. You can head to the nearby La Ribera afterwards and explore the quaint neighbourhood on foot.

How to get there:  catch the R1, R3 or R4 commuter line to the Arc de Triomf stop.

The Picasso Museum is the most popular art museum in Barcelona, and you will find an impressive selection of his more conventional works in this beautiful collection.

Insider tip:  queues for the museum can be long, so be prepared for a wait.

Barceloneta is a vibrant seaside neighbourhood popular with tourists and locals alike. Walk the streets and soak up the atmosphere, before enjoying fresh seafood at a local restaurant. If the weather is good, you can also spend the rest of the day relaxing and walking on the nearby beaches.

Insider tip:  treat yourself to a seafood meal at Can Costa ― one of the area’s best local restaurants.

If a glitzy night on the town is your thing, head to one of Barcelona’s famous beach clubs. There are at least four to choose from in Barceloneta, each of which claims the most beautiful crowd and best music.

Insider tip:  bring the credit card ― these are among the city’s most expensive nightclubs.

How to get there: take the Yellow Line to Ciutadella | Vila Olímpica.

Take your time exploring the interesting district of L’Example. Walk the Passeig de Gràcia until you reach Gràcia. Be sure to keep an eye out for distinct architectural attractions such as Gaudi’s Casa Milà and Casa Batlló.

Insider tip:  there are several high-end stores in the area that, unless you are feeling wealthy, are best left used as unbeatable window shopping.

How to get there:  catch the Purple, Green, or Orange line to Passeig de Gràcia.

There are dozens of restaurants and coffee shops in the area which range in price and quality. If you are after a unique experience with good food and coffee, head to Cosmo – a popular art gallery and coffee shop.

Insider tip: Check out the lounge area in the back if you want to rest up properly.

How to get there: Cosmo is a few blocks southeast of Passeig de Gràcia, adjacent to the University of Barcelona.

Head up to the Monastery of Pedralbes for a window back into the 14th century.

Insider tip:  don't miss the hidden garden and fountain, as well as kitchen and pharmacy that house fascinating artifacts.

How to get there:  take Metro Line 6 from Plaça de Catalunya to Reina Elisenda. The monastery is a short walk away.

The views from Tibidabo are spectacular, and it is the perfect location to spend your final evening in the city.

Insider tip: If time allows, explore the vintage rides at the funfair adjacent to the church.

How to get there:  take the Blue Tram and Funicular Lift open on weekends in winter, or the bus to Plaça Doctor Andreu.

Once you are back in the centre, head to Calle Blai for unbeatable wallet-friendly tapas and beer and a warm, local atmosphere. Then wind down the end of your 3 days in Barcelona with a party at the legendary Sala Apolo.

Insider tip: dozens of tapas restaurants are located on this pedestrianized street, and most of them offer 1 euro snacks and beers. Start at Grupo Tasqueta and see how you fare.

3 days in Barcelona will involve lots of sightseeing and late night parties. Since most festivities only kick off around midnight, it is easy to get carried away and spend your days recovering. But with easy accessibility by train from throughout Spain, a  Spain Pass is the best way to make the most of your time.