The Interrail German Rail Pass is the best way to discover Germany's gigantic beer festivals, beautiful nature, impressive history, and many other highlights. With the Pass you can visit popular cities like Berlin, Munich, Stuttgart, Hamburg, and Cologne, but you can also cross borders to go to some destinations in Germany's neighbouring countries.

What is a German Rail Pass

Travel all over Germany

With an Interrail German Rail Pass you can enjoy unlimited rail travel throughout Germany. The Pass is accepted on all trains operated by the national railway company, Deutsche Bahn (DB), and many private operators.

A big advantage of exploring Germany by rail is that most trains do not require you to reserve seats. All you need to do is hop on and show your Pass on your mobile device and you're good to go.

Get your German Rail Pass 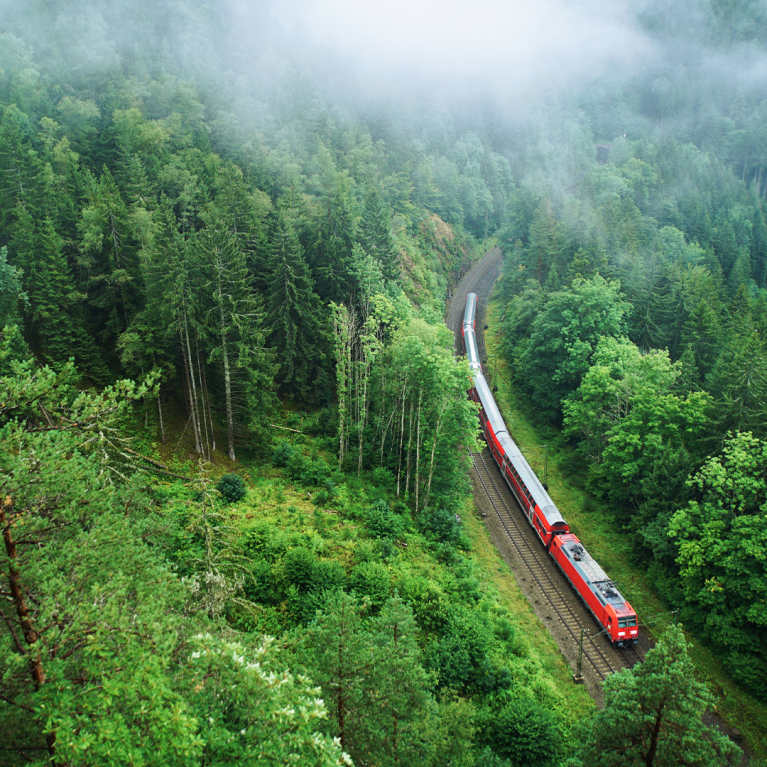 The benefits of travelling with a German Rail Pass

How to use the Pass

The German Rail Pass is available as a mobile Pass. All you have to do once you've purchased your German Rail Pass, is activate your Pass in our Rail Planner app when you're ready to start travelling. Everything you may need on your trip, from planning your trip to ticket inspection, is on your phone!

More about the mobile Pass

Reservations for trains in Germany are usually no mandatory. If you want peace of mind and have a seat waiting for you, we recommend you to make a reservation a couple of weeks before you travel, but you can also book your reservation at the station right before traveling. Please note that for international trains reservations are mandatory.

There are several ways to make train reservations:

You can make reservations online through the DB website.

You can use the following credit cards for payment: American Express, Diners Club, JCB, Mastercard and Visa Card. You will receive your reservation as an e-ticket. You may be asked by the train staff to show the e-ticket together with the credit card that was used for booking.

In the DB Navigator app

You can make reservations online through the DB Navigator app

You can use the following credit cards for payment: American Express, Diners Club, JCB, Mastercard and Visa Card. You will receive your reservation as an e-ticket. You may be asked by the train staff to show the e-ticket together with the credit card that was used for booking.

You can make your reservations through the call centre of the German railways UK booking center. They have English speaking staff and they can book all seat reservations in Germany.

Can I go to other countries with a German Rail Pass?

Please note that for some international trains you may need a reservation. Check our timetable to find out.

Routes from Germany to Austria

The German Rail Pass is valid on trains from Germany to the Austrian border:

Don't know where to start when it comes to planning your trip in Germany? We've got many example itineraries for you to get inspired by.

Get inspired by our Germany itineraries

If you travel with a German Rail Pass you can get discounts on City Cards, tours, and many other activities.

Find out more about benefits in Germany

Keep this information close by on your trip: