In a worldwide contest for train-accessible trails, Europe remains the undisputed winner. The continent is blessed with train routes that reach into the deepest pockets of celebrated hiking regions such as the Dolomites, Alps, and Pyrenees. There are also gentler walking landscapes along forest and coastline paths. All levels of European hikes are available.

Here are my picks for 5 European hiking adventures – both epic and easy - that are surprisingly simple to reach by train. There’s really no need to hitchhike.

This bucket-list, majestic 200 km trail from the fetching ski village of Chamonix into Switzerland and Italy is popular enough to have its own acronym: the TMB. This is a trail you seriously want to train for: dramatic ascents are followed by equally dramatic plunges. The reward? Well-equipped refuges that offer hot showers and 3-course meals with wine (after all, this is France).

At minimum, the whole trail requires a week, though sections can be undertaken as single or multi-day hike. My sister and I decided to keep it simple. We would scale the side of the mountain to the 2,800 meter Aiguille du Midi, home to one of the world’s highest cable cars, and take the tramway back to Chamonix after a victory chocolat chaud on the summit’s terrace. In summer, a fear of heights should be the only reason you might skip the breathtaking Valle Blanche Aerial tramway over snowy peaks that lead to the Italian side of the Mont Blanc massif. 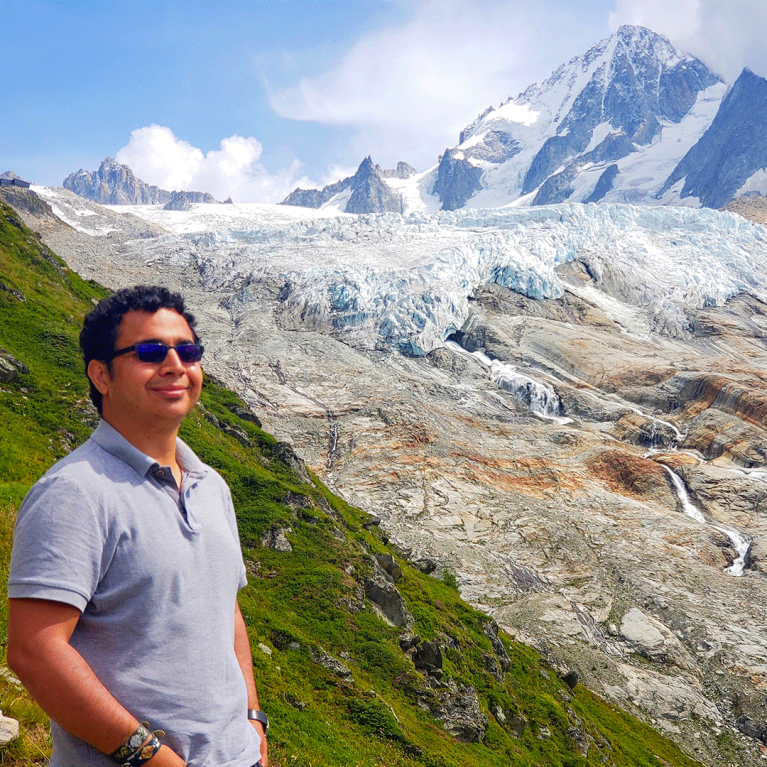 It takes some effort to reach Chamonix, but the views alone justify the trip. High-speed TGV trains leave Paris for pretty, stopover-worthy Annecy; transfer to St. Gervais-les-Bains and then Chamonix-Mont-Blanc station.

The Camino, as it’s affectionately called - in French it’s Le Chemin des Composteles, in English The Way of St. James - was a medieval Christian pilgrimage route to the remains of St. James, buried at the cathedral in Santiago de Compostela, the capital of Galicia. Its popularity as a walking trail endures as both spiritual pilgrimage and multi-country endurance test.

Among dozens of routes, the most popular, El Camino Francais, is easily reached by train. Hike the entire route - 769 km, which usually takes about a month - or do it in sections, exiting the trail in historic cities such as Pamplona or Leon. Along the way, bunk, dine and share trail stories with other pilgrims in albergues, also known as refuges. Whatever the word, they’re essentially well-run hostels. Due to safety in numbers, amenities and built-in conviviality of the pilgrim network, this is an excellent hike if you’re traveling solo. 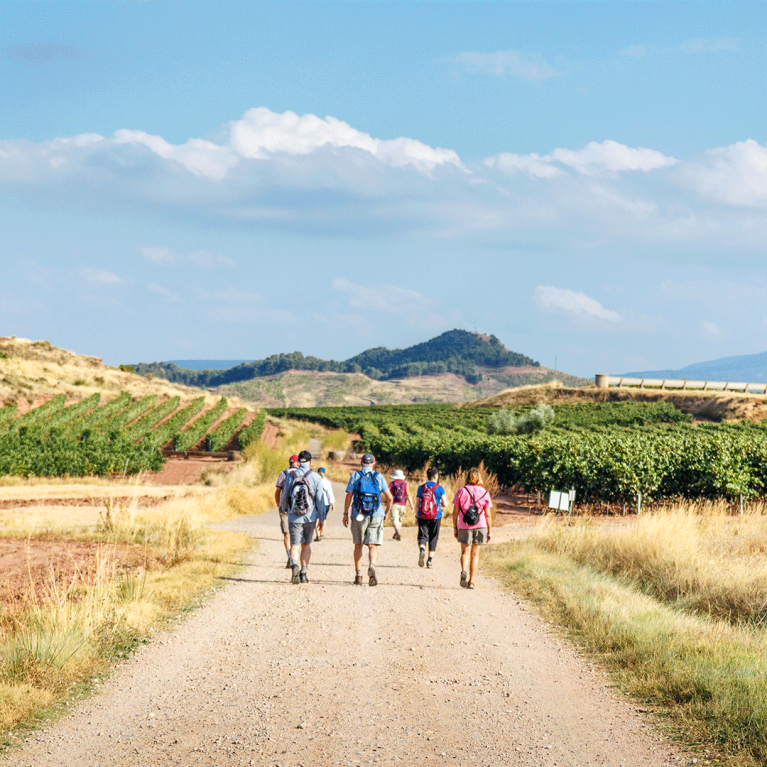 The TGV connects Paris to Bayonne, adjacent to the resort of Biarritz. Transfer to a local train to arrive in St.-Jean-Pied-de-Port in time for dinner and a good night’s sleep before the first day of the hike: at 23 km, its notoriously difficult more for the sheer elevation you’ll climb. In St. Jean, procure an official Pilgrim’s Passport, or credencial. This offers discounts on lodging and dining. From Santiago de Compostela, direct RENFE trains connect to Madrid in about 6 hours.

Lake Bled is straight-up fairytale material. Imagine a pre-Romanesque chapel on a tiny island reached only by rowing across glacial blue waters. Bled and its surrounding countryside serve as the starting points for many hikes.  From the village, several easy hikes offer stunning views. On foot, head up to thousand-year-old Bled Castle and enjoy a coffee on what may be the most scenic terrace in Slovenia. Stroll around Lake Bled (1 hour) to its western side. Here, climbing the 680m Mala Osojnica peak will reward photographers with the most iconic views of the village and castle.

Near Lake Bled, Slovenia’s only national park stretches across the pristine Julian Alps. It's a landscape of forested beauty where glacial valleys, rivers, and gorges seem to outnumber tourists. From Bled, walk the well-marked 4 km to the waterfall-laden Vintgar Gorge at the northeastern corner of Triglav National Park, where wooden bridges grace the path along the river Radovna. From here, views of Mount Triglav will beckon you to venture deeper into the park. 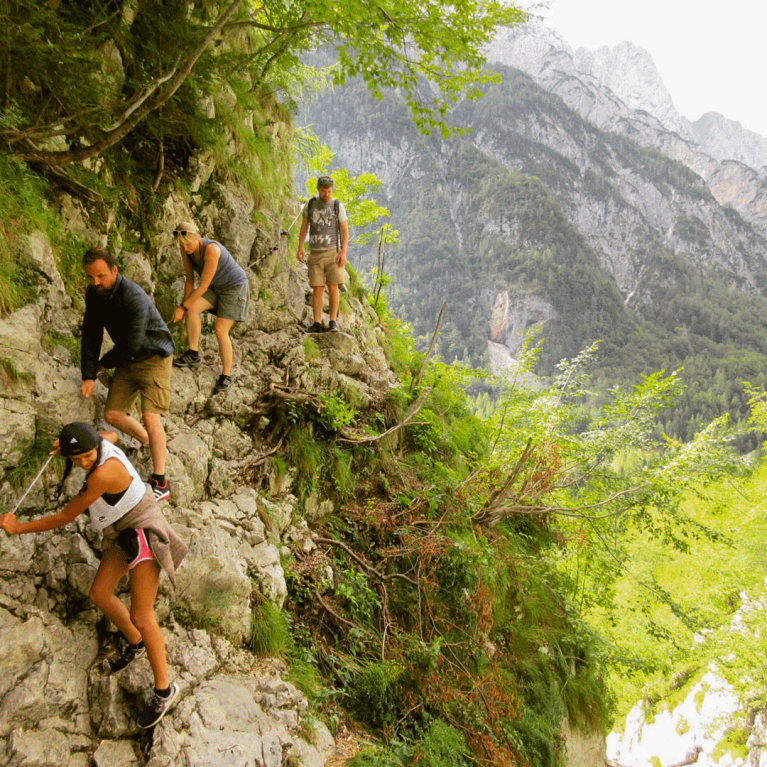 From Ljubljana, it’s an hour by train to Lesce-Bled station, about 4km southeast of town. For more information on hiking trails, the Triglav National Park Information Center in Bled is open year-round. To inspire further adventure ideas around Bled, read about the exciting range of outdoor activities on offer.

This relaxed 4-hour walk through the Ohře River Valley from Karlovy Vary – home to the Czech Republic’s star-studded film festival – is a perfect overnight trip even for those carrying bulky backpacks. As the Baroque spa town’s ornate buildings disappear from view, you’ll follow the Ohře River towards the mythic Svatoš Rocks. Their unique shapes are credited to the bizarre tale of a man who broke his promise to a water fairy to remain forever a bachelor. (The fairy apparently turned the wedding party into stone.)

The next forested 7 km leads across a suspension bridge and past a riverside café until the imposing Romanesque-Gothic Loket castle appears. After a visit to the torture chamber, feast on leg of lamb in the atmospheric castle restaurant before an evening drink in the village’s medieval square. In summer, check on live music offerings at the open-air theatre, just below the castle. 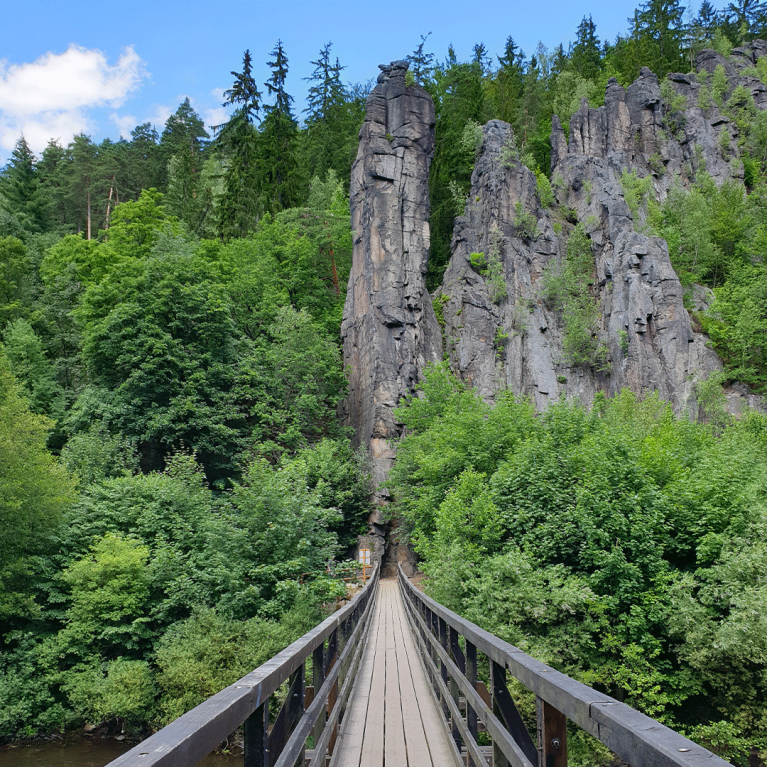 The robust beauty of Italy’s most photogenic coastal hike, threatened in 2011 by devastating floods, defies every postcard cliché. Picture five villages strung along a rugged path of sea views and blooming gardens, each spaced less than a two-hour walk apart. The whole 10 km trail is doable in one day. But the sheer number of photo-ops and tempting café terraces make it torture not to stop for a lazy lunch or a shot of limoncello. Expect well-marked paths with plenty of steep stairs, but nary a car to dodge. My pick for an overnight? A tie between harborside Vernazza and Corniglia, perched high above lush vineyards on a rocky promontory. 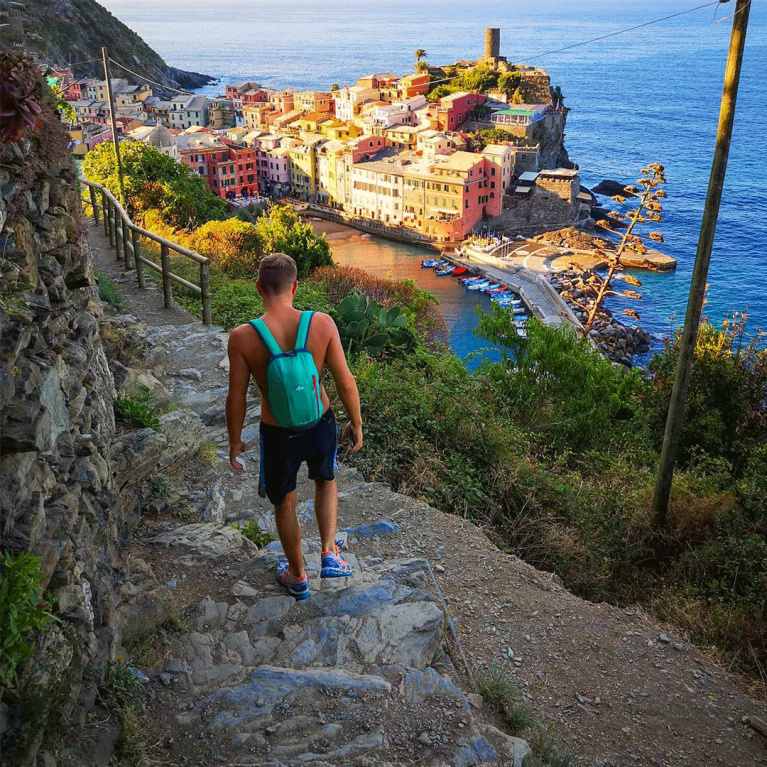 Hikes just don’t get more accessible than this UNESCO World Heritage site. Trains run in both directions along the trail, stopping in each of the 5 towns around 10 times a day. Base yourself in one village to explore the trails as day hikes and backpack your way through. Or you can leave your luggage at your starting point and train back at the end of the trail. Connect from Florence or Rome to La Spezia, the area’s transport hub. From here it’s only 10 minutes to Riomaggiore, the southernmost village.

Go hiking on your Interrail trip

Explore all these beautiful countries with an Interrail Global Pass and make sure to include at least one of these hikes in your itinerary!